Letter From The President 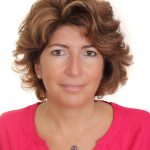 It is with a lot of enthusiasm and pride that I pursue the vision set by my predecessors to achieve the goals of the foundation.

I grew up immersed in the family corporate culture advocated by my father Joe Saradar. Influenced by his ethics, professionalism and humanism, I have decided to carry on the family tradition. I am determined to devote my efforts to perpetuate the principles and values of Fondation Saradar.

The mission of the foundation has evolved through the years. Fondation Saradar has expanded its field of action. It is more dedicated to supporting Lebanese talents in the art, culture, and sports fields.

Through our various programs, we hope to consolidate knowledge and capacities, widening the opportunities of the young generation, thus contributing to sustainable human development in our country.

Our mission is to promote culture, art, education and sports, to advance knowledge and support talents

Our set of core values lead the way to execute our mission and accomplish our work:

Determination
We believe in our vision, and it is passion for what we do that fuels our determination to achieve our goals.

Innovation
We help bring about positive change through innovative business ideas and new approaches to social and cultural initiatives.

Integrity
We operate with the highest ethical standards and are committed to establishing long-lasting relationships that are based on trust, honesty and discretion.

Unity
We remain true to the spirit of our founders and believe in the tremendous impact that collaboration can have on fulfilling our vision. That is why we build on the individual capabilities of our employees, encouraging their entrepreneurial spirit and offering them our support so they can reach their full potential together, as a team.

Dedication
We take active part in supporting and promoting Lebanese talent and in enhancing the vitality of our community. We are also constantly aiming at meeting the needs of the underprivileged members of the Lebanese society.

Professionalism
We are proud of our expertise and though we capitalize on it, we are constantly looking to improve ourselves. We practice openness, transparency and respect, conducting our businesses in total confidentiality and adopting a professional attitude in everything we do.

Objectivity
We approach our business relationships with an objective mindset, dealing with information free of distortions, providing unbiased and independent advice based on rigorous analysis of evidence.

The creation of this institution comes in line with the spirit of solidarity inspired by Joe Saradar who was Chairman and General Manager of Banque Saradar, sal. from 1962 to 1992.

By providing a legal framework to pursue the initiative started by Joe Saradar, Mario Saradar is committed to ensure its continuity and to favor the values of solidarity and humanism that were his father’s.

Headed by Marie-Claude Saradar from 2000 to 2012, the foundation developed a new concept, the “Mobile Computer Schools®”and engaged in an e-literacy campaign throughout Lebanon.
Elected in January 2013, Maria Saradar follows the footsteps of her mother Marie-Claude. New programs will be launched, widening Fondation Saradar scope of interventions.

Fondation Saradar is managed by a General Assembly of eight persons who define the strategy and set the priorities of the organization. An Executive Committee, elected for a three-year mandate, oversees the management of the foundation and meets on a monthly basis to discuss ongoing issues and resource.

Your ticket for the: About The Foundation